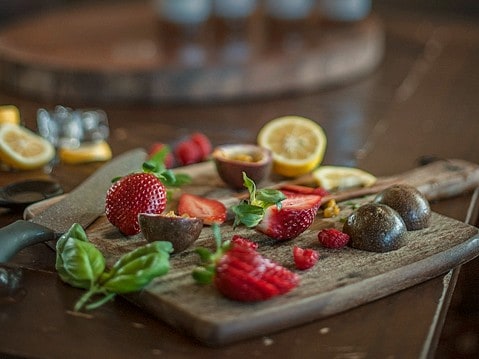 The subject of sugar is a contentious one. There’s no denying that too much of the sweet stuff can wreak havoc on your health, but are alternative sweeteners the way to go?

At the rate Australians eat sugar it’s no wonder it’s been demonized. According to our most recent national nutrition survey, Australians consumed more than the recommended amount on a daily basis – on average 60 grams or 14 teaspoons of added sugar a day. This equates to almost 22 kilos of added sugar a year. The World Health Organisation recommends our sugar consumption should only make up five per cent of our total daily calorie intake, which equates to about 25g or six teaspoons per day.

Soon a natural alternative emerged: Stevia – it was from a plant! So, what is any reasonable sweet tooth to do? Perhaps, swap to stevia, it seemed the safest in regard to dieters, fitness fanatics and to general nutrition advice of the time, but until recently, there has not really been any studies on what effects our new found additive might have on our guts and especially those with compromised digestion systems. That, however, is beginning to change.

So what is Stevia exactly?

Stevia is a zero-calorie sweetener that’s derived from the plant. Stevia leaves get their sweet taste – about 10 to 15 times sweeter than sugar – from natural compounds called steviol glycosides. The Stevia you find in most mass-produced foods now however, including health foods like yoghurt and kombucha, is a highly refined extract that’s been super-processed and often contains erythritol, a sugar alcohol, leaving it a not so ‘natural’ substance. This purified stevia extract is 200 to 300 times sweeter than sugar, so it takes only a minuscule amount to sweeten foods.

Does Stevia lie to your brain?

As the use of commercial stevia has increased and it’s found in more and more processed food so too have concerns around its safety and adverse affects.

A zero calorie sweetener is an obvious diet solution in theory. But a few studies show that replacing sugar with artificial or low-calorie sweeteners may not ultimately lead to weight loss in real life, and there are emerging concerns that the intensity of sugar substitutes (typically much sweeter than sugar) may have a long-term impact on how the body registers sweet tastes, which could make weight management more challenging.

A 2004 study in rats found zero calorie sweeteners led the animals to over eat, possibly because it disrupts their natural ability to associate sweetness with caloric intake and a feeling of fullness. Several large scale human studies have found the same thing, with increased risk for weight gain, diabetes and heart attacks.

“A number of studies suggest people who regularly consume artificially sweetened beverages are at increased risk compared with those that do not consume them,” Dr. Susan E. Swithers said in a 2013 opinion letter in the journal Trends in Endocrinology and Metabolism.

Of 66,188 women followed for 14 years, those who used diet drinks rather than sugar sweetened drinks had a higher risk of diabetes (American Journal of Clinical Nutrition, February 7, 2013). Interestingly, the women who drank artificially sweetened drinks took in more (average of 2.8 glasses/day) than those who took sugared drinks (1.6 glasses/day).

How does it affect your gut?

Perhaps the most alarming study yet showed that stevia may reduce the number of beneficial bacteria such as Lactobacillus reuteri, which may increase risk for diabetes and weight gain (Letters in Applied Microbiology, 2014;58.3: 278-284).

The purpose of this test was to determine if stevia use in foods aiming to include Lactobacillus Reuteri would affect the growth ability of the bacteria. Some strains had growth rates reduced by nearly two-fold. This may show that stevia is not an acceptable way to sweeten fermented foods, as it may partially negate the good bacteria that make fermented food and drinks so beneficial.

Also, we have to consider people who have difficulty maintaining healthy gut flora to begin with, such as sufferers of Ulcerative Colitis or Crohn’s.

A word of advice when shopping for kombucha and kefir

There is an alarming trend in the fermented beverage industry of creating ‘zero-sugar’ shelf stable kombucha and kefir. This is done by fermenting all the sugar out, which basically leaves you with a kombucha/kefir vinegar. To mask this vinegar taste, the brew is usually watered down. Stevia or other sweeteners and flavour extracts are then added to make it palatable.

There are a couple of issues with this: Over fermenting creates a highly acidic environment (vinegar) which kills most of the natural probiotics off, leaving only 1 or 2 hardy strains. Watering down then dilutes what is left of these good bacteria. This is great to achieve a long shelf life, but not so great for your gut.

Some commercial brands are only 10% real kombucha! They might still be a healthier alternative to normal sugar-laden soft drinks, but always look for the real deal to get the most probiotic value.

Further research is needed on the long-term effects of consuming artificially sweetened beverages, but until then we’ll keep it real by using fruit juice, something your body understands, to flavour our water kefir. We’re also committed to creating the best undiluted water kefir possible by using real organic sugar and following traditional fermenting methods.
And we just don’t like the bitter after-taste stevia imparts.

After all, maybe it’s not a question of finding a ‘safe’ sweetener to fuel our sweet addiction, but a more rational one (god-forbid!) of just curbing our sugar intake overall.

Where to find the real deal